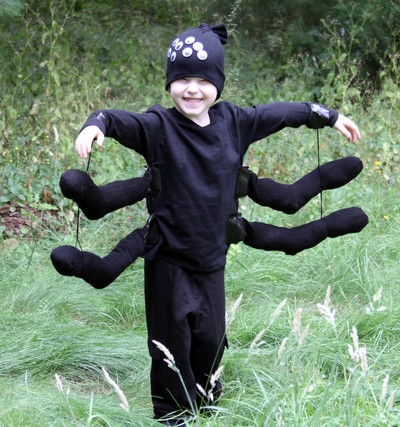 It’s Day 2 of Homemade Costume Week at Dollar Store Crafts! This week, I’m bringing you several costume ideas that are simple, no-sew, and frugal, of course! Today’s featured costume is the no-sew Spider costume. I used dollar store socks to create the spider’s spooky extra legs. I couldn’t find a stocking cap at the dollar store when I was working on the costume (high summer), so I used a long sleeve from an old shirt and tied it at the top to create the eight-eyed hat. [get instructions for making the Spider costume at my Kaboose post] 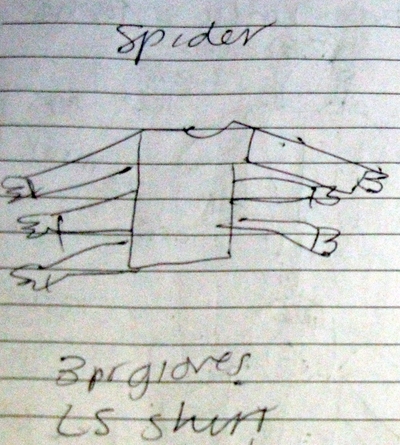 This costume turned out just like the sketch too, but I had to omit the gloves because I couldn’t find them in stores in August. I think it would be fun to use white gloves and a bow-tie to make a formal spider. Or, wear a black and red tutu, add a red hourglass on the shirt, and a fancy cocktail hat for a Black Widow costume.