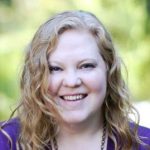 Contact me: heather AT dollarstorecrafts dot com
Heather Mann is chief editor of Dollar Store Crafts, and specializes in transforming inexpensive materials into stylish and simple craft projects. She has appeared on the Martha Stewart Show, in Reader’s Digest and the New York Times. DSC has been recognized as named one of Babble.com’s Top 10 Best Overall Craft Blogs (2011 & 2012) and Apartment Therapy’s 10 Crafty Blogs We Love (2010). Her work has been viewed by millions on the cover of FamilyFun magazine and on top websites such as RealSimple, Huffington Post, ABCNews.com, and others.

Rhonda Greene is a lifelong resident of West Michigan. She participated in her first craft show at the age of 10, selling jewelry made from found objects. She lives with her husband, Adam, and two cats, Merlin and Abracadabra. She is especially fond of collecting adhesives and fasteners, her favorites of which include Mod Podge, duct tape, and grommets. Read more from Rhonda on her blog, Mrs. Greene.

Morena Hockley is the crafty mind behind the tutorials at Morena’s Corner. She loves to share ideas for projects that are frugal and fabulous: easy on the wallet, but still great to look at!  Morena is a stay at home mom to four young children, and crafting is what helps her maintain her sanity.  It’s a wonderful outlet and it’s how she gets her “me” time.  In a past life, Morena was an elementary school teacher and an assistant principal.  She misses teaching, so her blog is in a sense a virtual classroom.

I feel so blessed that God gave me the talent of being creative. I feel the most myself when I am creating something new and fun! My two children, Madelynn 9 years old and Brysen 3 years old, have started to develop a love of crafting as well.  It’s not unusual for my husband Rob to find us all upstairs in my craft studio with glue and glitter from head to toe. It should have been a vow in at our wedding; thou shall love thy wife even with glitter in her hair and a glue gun on her hip. Thou shall not ask to see crafting receipt and say “looks great sweetie” to all my crazy ideas!

Megan blogs about makeup, nails, learning how to look great on a budget and keeping up with the latest styles at her site razberriez.com. She is the fingernail fashion contributor for Dollar Store Crafts.

Samantha Baldwin is an award-winning journalist with aspirational tastes on a dollar store budget. She covers DIY fashion and DIY home design for examiner.com and posts inspiration and tutorials at her personal blog Bromeliad Living. Her favorite craft supplies are thread, hot glue, and anything wrongly discarded by her neighbors.

Mike Warren made his own toys as a kid, a few decades later not much has changed. A strong believer in DIY, getting messy and of course the Dollar Store, Mike can be found collecting stuff for his next project around the rainy streets of Vancouver, BC. He has had projects featured on Make, Hack-a-Day, Gizmodo, Betty Crocker,  Lifehacker, and Craftzine. Aside from making Man Crafts he also creates wacky things over at Instructables.com.

The Sisters 4 Say More is More: Fashion and Home Contributors 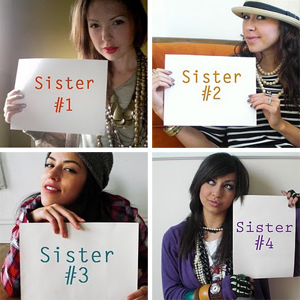 We are four real life sisters who share a love of creativity, clothes, and fabulous finds. We are separated by miles and miles (and maybe a couple of states)  We were raised on a meager budget so we learned to make the best of what we had. Thrifting, repurposing and sister swaps helped us make the most of our wardrobes then and we are sticking to it now. We love putting together stylish looks for less and by less we mean less than 5 dollars. Check out our daily blog: The Sisters 4 Say More is More.