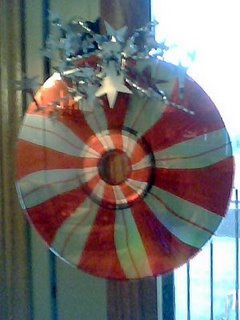 Spiffy Spotlights came up with one of the most clever uses for an old CD I’ve seen: turn it into a peppermint candy and use it as a holiday decoration. These would be super tree ornaments if you made a bunch of them!