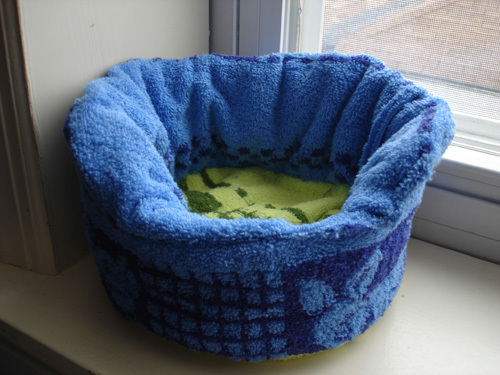 This is a guinea pig cuddle cup – isn’t that a cute name? Maybe if we enlarge the pattern, we can make a human-sized cuddle cup. I am pretty sure we could all use such a cozy-sounding bed. Creator bindingtwine made this out of dollar store towels. You could also enlarge the pattern just a little to make a great bed for a kitty or dog.