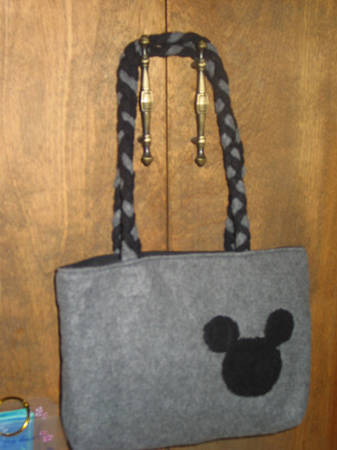 Why pay exorbitant prices at DisneyLand when you can craft your own Mickey merch made from those ubiquitous fleece scarves found at most dollar stores? (You won’t believe how many dollar store projects I’ve scouted out that are made from fleece scarves!) Source: spookshowbaby

Sew the bag up (gray scarf for outside, black scarf for lining), applique a mouse ears silhouette, and you’re good to go!

You can’t beat that price for a handbag!