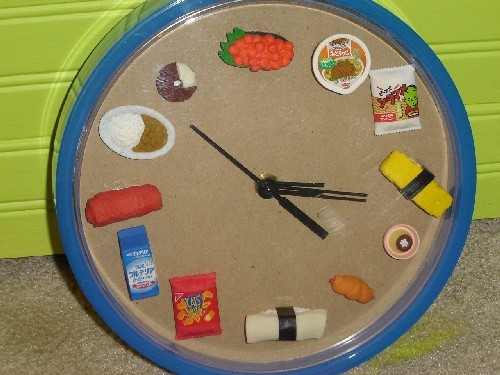 This is a truly adorable use for a dollar store clock! Use sushi erasers (from the 100 yen store?) to mark the hours until you get to eat another seared tuna roll… mmmm. (source: foxswish)

p.s. I just found out that there are a few Daiso stores (a Japanese 100 Yen shop brand) in the USA, including one less than 3 hours away from me. I know what I’m doing next time I go up to Seattle!