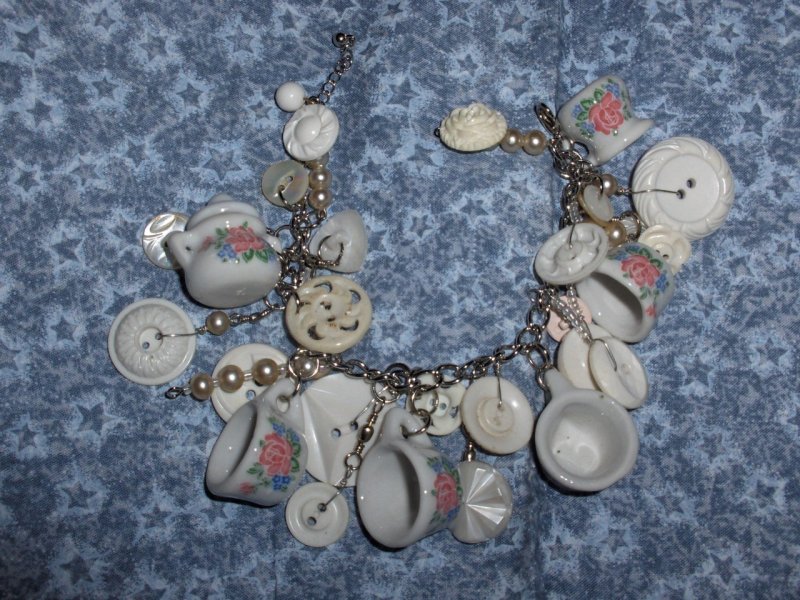 Craftster member retro-redux made this charm bracelet using a dollar store play teaset! Clever! Those little cups are too small to drink out of, anyway! 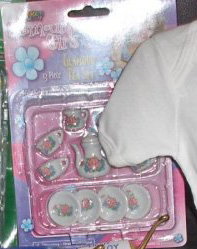 Teaset $1
Chain, jumprings, clasp: $5 or so (but you would have more for other jewelry-making jobs)
Buttons and beads: on hand

Total Project Cost: $6 (I bet you could make a few of these for that)