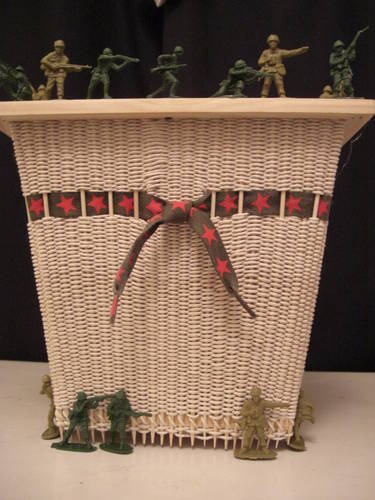 You have to check out this killer tutorial for a woven basket (or wastebasket) made using stuff from the dollar store! Craftster user becs88 spent £5  (or $9.89) to make this terrific trash can out of photo frames, wooden skewers, twine and army men. More conservative crafters might opt to pass on the army men, bringing the cost of the project down even further.

If you factor in your time, though (becs said it took her about 10 hours to weave this basket!), the cost goes way up. Hey, it’s an heirloom basket!