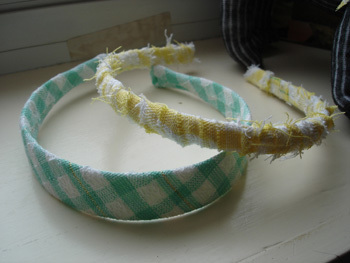 These sweet accessories, made by Ashley of ohthatashley.etsy.com, would make great stocking stuffers, or just make an array of them to set your wardrobe off.

Cost per headband: Less than $2 since you could use one towel for many headbands