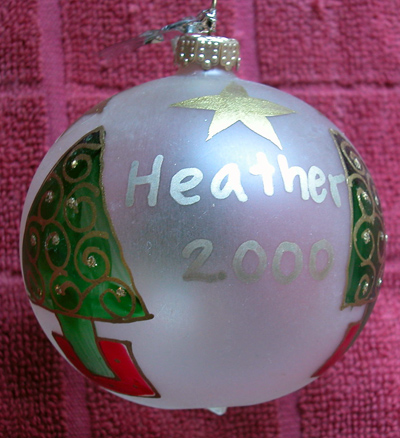 One of my favorite holiday tricks is to buy pre-made ornaments and simply write names on them to make them a great keepsake gift for party guests, coworkers, or a quick, inexpensive token gift for anyone. These would also be fun name placecards for your holiday party dining table.

In the example shown above, I bought a box of pretty hand-blown glass ornaments that cost under a dollar each, but were still pretty and worth giving as a gift. These already had the Christmas tree picture on them, I just wrote names and the year in matching metallic marker on the bulb.

Total Cost: $1 (not counting the marker)