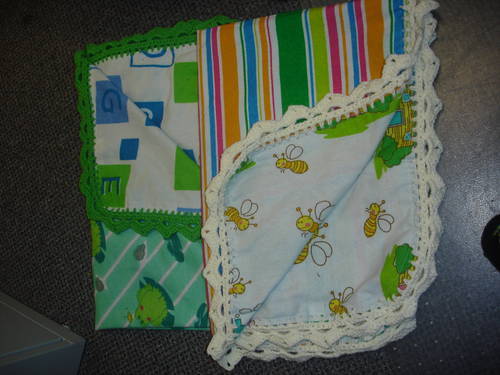 Craftster user Jennickell found some cute receiving blankets at the dollar store that were too thin to use alone, so she sandwiched two together, and then crocheted a pretty decorative edge around the blanket. The result is a pretty blanket nice enough to give at your next baby shower! They’re also quick. Jennickel estimated less than two hours including sewing and crocheting.

If you’re not a crocheter, how about sandwiching some readymade lace between the layers when you sew them together? You could also bind the edges with bias tape.

This is such a great idea!