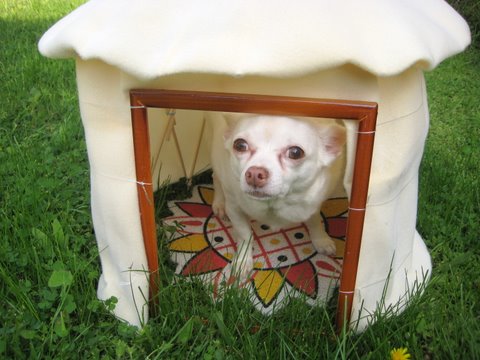 Craftster user thefeltmouse made this doggie yurt pet house for less than ten bucks for the Craftster $10 Dollar Store challenge. 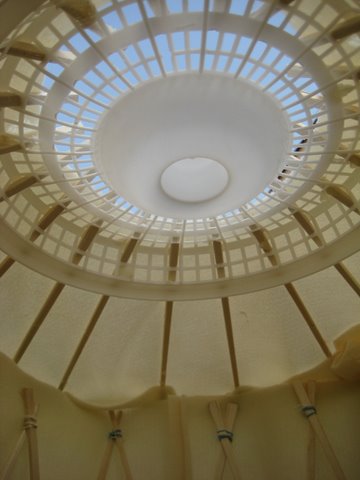 This yurt is a feat of engineering, with the frame made of chopsticks crossed and held together with rubber bands, a picture frame doorway, and a roof made of a salad spinner. The walls of the yurt are one of the best uses I’ve seen for a fleece blanket. The whole thing, starting with the concept itself is pretty fabulous! 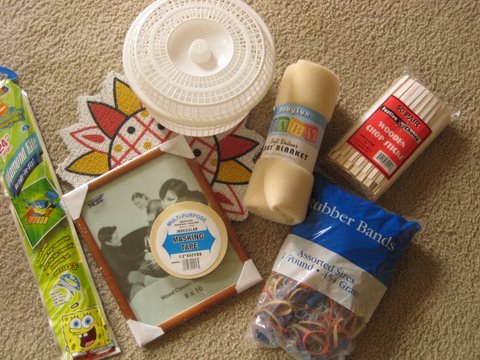 Project Total: $8-9 (or adjust according to what you have on hand!)