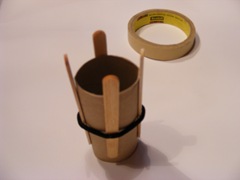 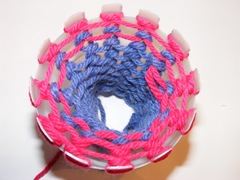 Denise from Knitting Without Needles posted this cool tutorial on how to make knitting looms using stuff you’d normally throw away. Instead of throwing away a toilet paper tube and popsicle sticks, knit with them!