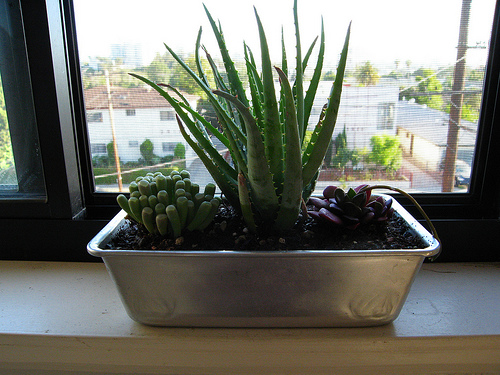 Giant Jeans Parlor posted this idea for making a simple, modern-looking planter from a loaf pan.