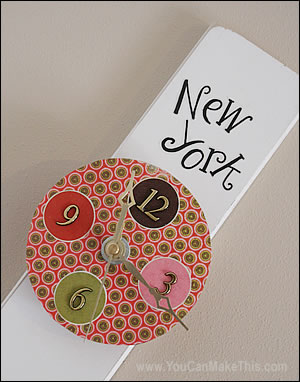 Kim from YouCanMakeThis.com posted this awesome idea for using old CDs at Blissfully Domestic. She made a set of three with a tween’s bedroom in mind. The project is simple, and such a clever reuse of old CDs, which we all have lying around!