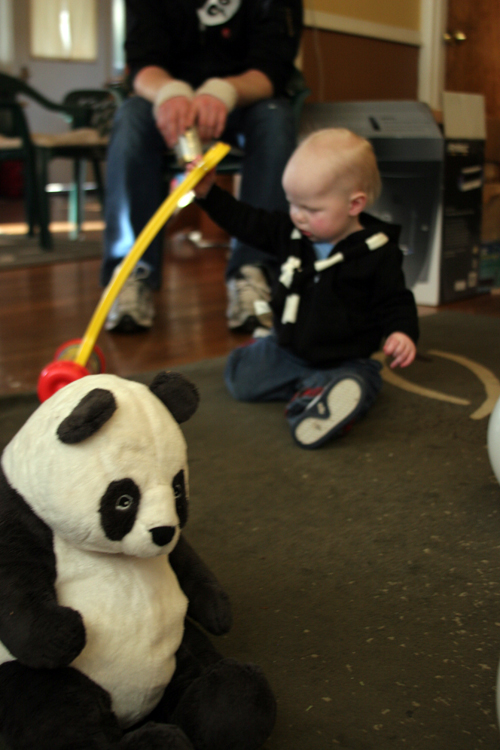 My son celebrated his first birthday this weekend in Panda style! The color scheme was black and white, and the theme was panda in honor of this stuffed panda E got for Christmas and instantly fell in love with. I got the party supplies (black table cloth, napkins, plates, plastic silverware) at the dollar store.

I like to have a dress-up component to the 1st birthday party (my first son’s 1st bday was a pirate dress up party) and so dress code was black & white and I purchased striped black and white scarves for all the party attendees at the DS too.  We also provided panda badges for party goers to wear. 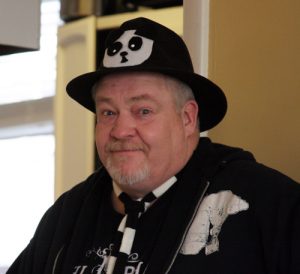 I wanted to make most of the decorations and try to use what I had on hand, or find what I needed at the dollar store.

My sister and I made the panda badges out of felt. We hot glued the features on, and used fabric paint for the white panda eyes. It cost about $1 to make them all, as felt squares are about 25 cents at the local craft store.

I made some black and white birthday pennant-style flags to hang up as decorations. All the fabric for these was already on hand (the gingham was from a reycled shirt, the white fabric was from old curtains). I sewed the pennants onto a candy garland I crocheted for holiday decorations.

Since my two boys were the only kids attending the party, we made a simple game appropriate for a 2-1/2 and 1 year old to play: Pin the nose on the panda. I used recycled diaper tabs on the back of the noses to make them stick to the felt. Both boys enjoyed the game, but E played it multiple times. We didn’t bother with blindfolds since the boys are so young! 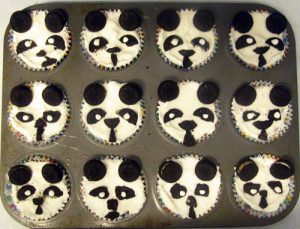 I made panda cupcakes (actually not cake – no bake Oreo dessert) with mini oreos. 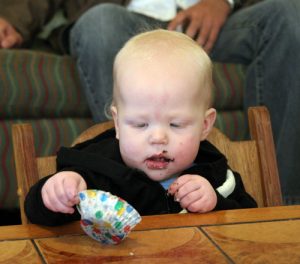 And panda rice balls with sushi rice and olives.

There are some more party photos in the gallery: 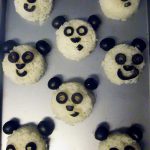 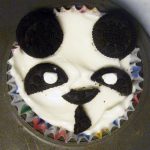 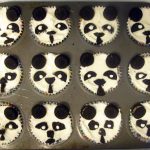 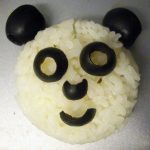 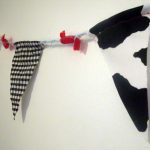 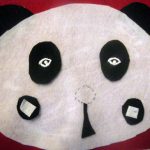 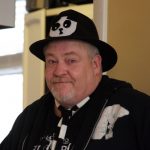 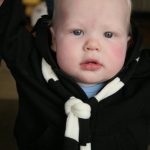 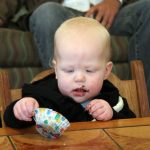 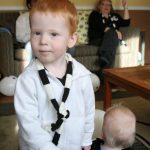 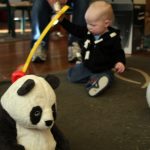 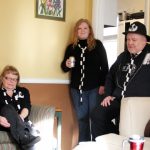 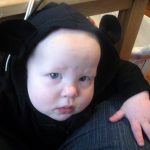 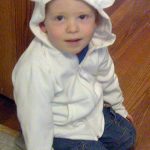 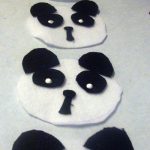