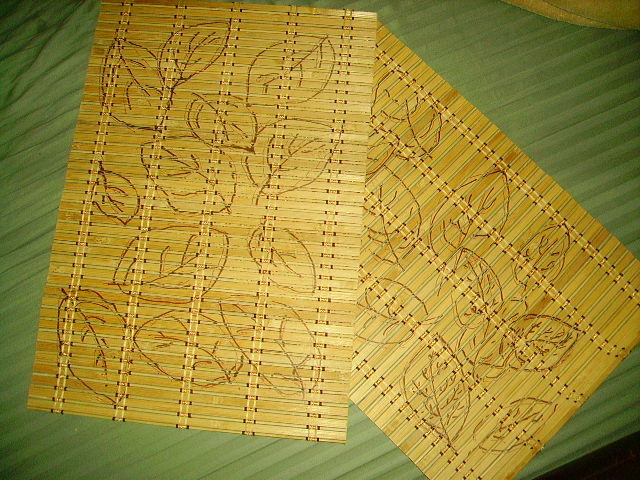 When I first saw this photo I thought the leaves were made with embroidery, which I think would be spectacular, but I’m not sure how possible it would be on bamboo. Somebody try it and post about it, okay? (And send me photos so I can post them!)

So, embellish these placemats with a brown permanent marker, and draw any images that go with your decor. These would look super cute with ginkgo leaves.