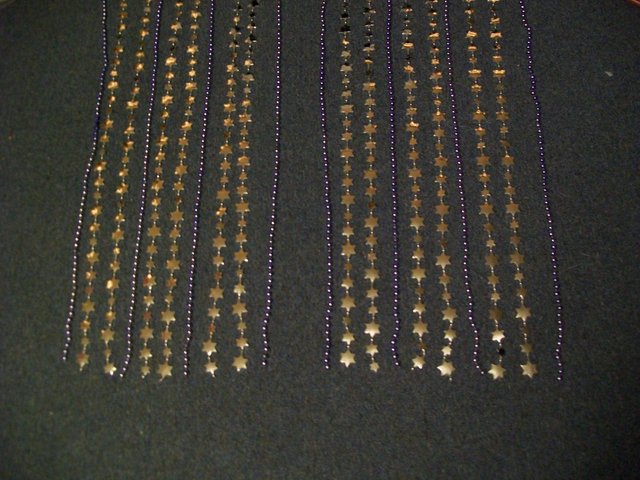 Blogger and DSC reader Diane posted a cool tutorial for a beaded curtain at her blog, JuxtaPoser. She said: “I’ve made some of the stuff [from your blog], but most of it’s just admired. I think the other readers have much better dollar stores than I can find in my area! I have a craft that, while not made from dollar store supplies, could easily be. I just found my supplies in a different store. Even so, I think I spent $8 when I did buy everything, and I know that my dollar store sells garland around the holidays. You could even make it out of dress-up necklace or Mardi Gras beads.”

Thanks for sharing your cool project, Diane!