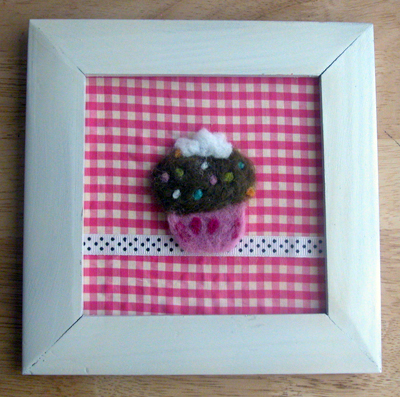 I bought three frames at the dollar store to frame some cupcakes that I needlefelted. The frames were square and had a nice wooden finish, but I had to modify them a bit to make them work for my project.

I added a gingham fabric background and a polka-dotted ribbon to up the cuteness factor. The ribbon also served to add perspective to what would have otherwise been a floating cupcake. it also added just a bit more visual interest.

I bought three frames, and already had the spray paint on hand, so actual cost to me was $4 for all three pictures including the ribbon, which I used on some other projects as well.

I used a sheet of origami paper on top of the frame backing as a sort of “primer” to go under the fabric, which was kind of thin. I believe I got a yard of the fabric for $1 awhile back, by the way!

I removed the glass from the frame as well, because my “cute thing” was a very flat but still 3D object and it didn’t fit with the glass in the frame. 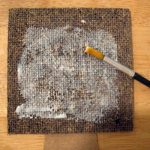 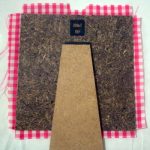 2. Brush white glue THINLY on paper. Place square of fabric (cut larger than backing so you can fold it over the frame backing.)

3. Cut notches in corners of fabric, as shown.

4. Glue fabric edges to frame backing. I started with hot glue, but it dried quickly and made it hard to get the whole strip of fabric at once, so I switched to quick-drying craft glue. Use whatever you have. 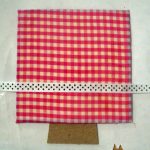 5. Glue ribbon onto front of fabric, and glue around back as well. 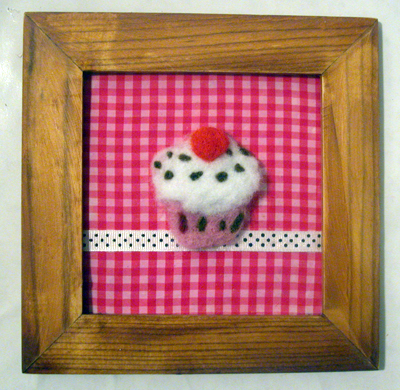 6. Glue cute thing onto picture, and if you like how it looks, you’re done!

In my case, I didn’t like how the picture looked in the wooden frame, even though the frame was relatively nice. It just didn’t go with the pink and cupcake theme. I tried “whitewashing” it by rubbing white acrylic paint on it lightly, but it didn’t make a big enough difference. I ended up spray painting several coats of white spray paint on the frames and I liked the look much better that way! 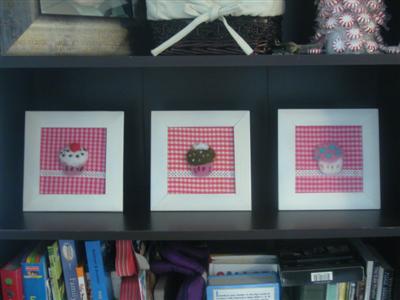