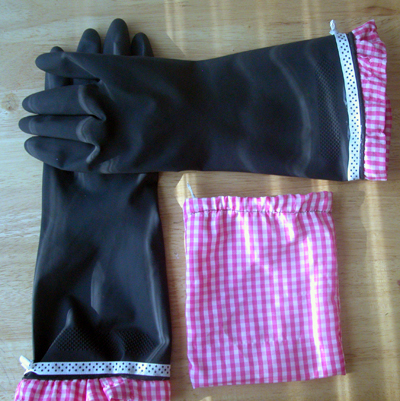 Even when you’re doing dishes, you want to look glamorous, right? Inspired by a tutorial by Little Birdie Secrets, I made some ruffly rubber gloves from stuff I bought at the dollar store. I first learned of this tutorial from the best of DIY and it cracked me up, so I knew I had to try it. A kitchen-themed swap on Craftster presented the perfect opportunity!

I found yellow gloves and black rubber gloves at the dollar store. I knew I wanted to use the hot pink gingham I already had on hand, so I went with the black gloves. I made a matching pouch to put them in just for fun. 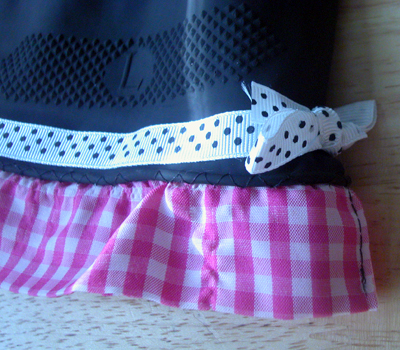