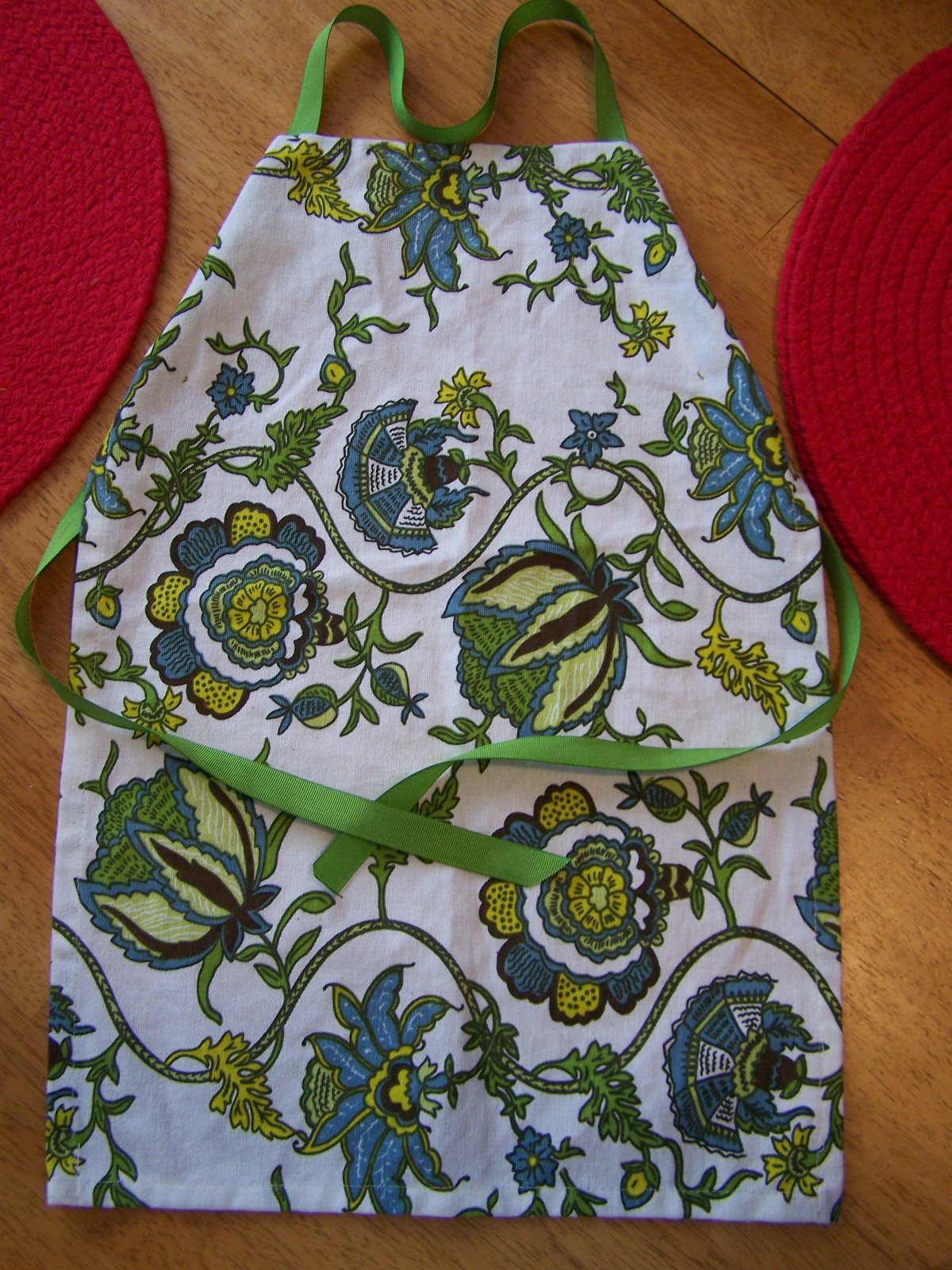 Anna Sophia from Our Daily Chocolate made this apron for her daughter out of a cute place mat. Genius! The dollar store frequently has very cute place mats, and this idea is simple and quick. File this one for next time you need a quick gift for a birthday party but need to stick to a budget! Or, make a bunch of them for a cooking-themed party. My son would love it!

Anna Sophia posted a great tutorial on how to do it, and used a clever technique for narrowing the top of the apron. Best of all, she said it only took her ten minutes to make!

There is a little bit of sewing involved, but it is so minor that you can do this even if you’re frightened to death of projects involving needles and thread.