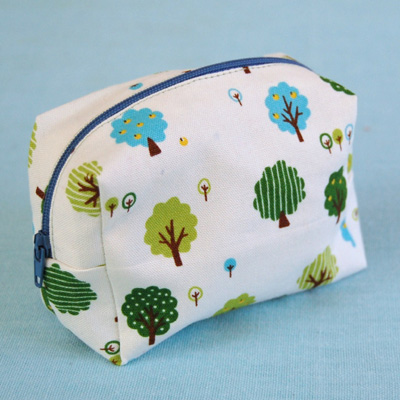 Dollar Store Crafts reader Julie of JoolsJewels referred me to this great tutorial for a boxy pouch by three bears. The original tutorial makes a wee little bag (4.5 inches long, 3 inches high and 2 inches deep). Apparently you can get approximately three teeny bags from one fat quarter, which is awesome, especially if you are using super-special fabric like this cute Japanese print. 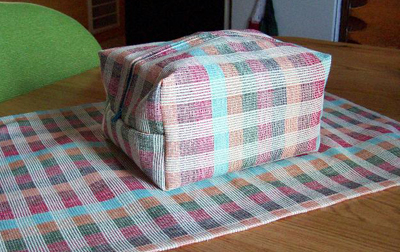 Reader Julie took the tutorial a step further and used one of our favorite dollar store crafting staples: the placemat! I do so love crafts that are made out of placemats! She didn’t keep to the scale of the original project, but just used the size of the placemat to make a larger bag.