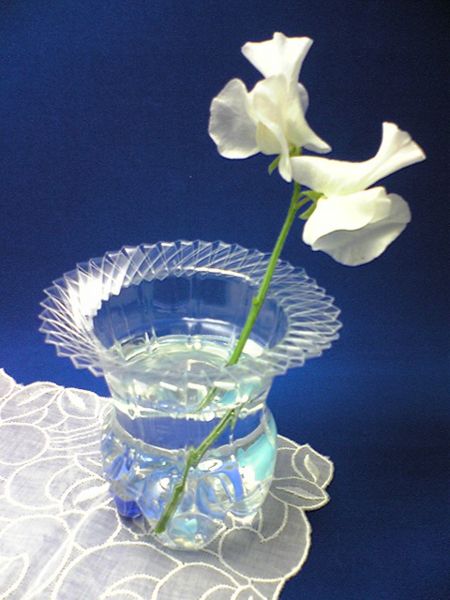 With some clever cutting and folding, a clear plastic soda bottle headed for the recycling bin can be given new life as a pretty vase. Although this blog is dedicated to making stuff with supplies you can buy at the Dollar Store, my readers have shown that they also appreciate projects that use recycled materials in clever ways, too. Since other soda bottle recycling projects have been very well received, I thought you would like this one, too! [click here for full project]

Of course, you CAN buy a soda at the dollar store if you don’t have one of these bottles on hand! These would be pretty decorations for a baby or wedding shower, for a girls’ birthday party, or for a Mother’s Day gift (with a small bouquet of flowers, of course!). 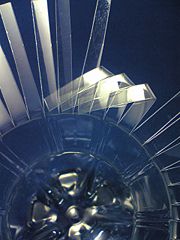