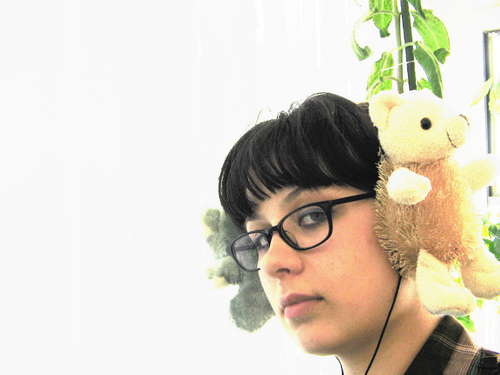 This quick project will take your headphones from blah to awwww with minimal skills or effort. Apparently I’m a fan of hacking stuffed animals into usable items. It’s true, I don’t have a lot of love for stuffed animals as they are, but as useful objects, they fascinate me. I love this tutorial to make stuffed animal headphones by Instructables user WurlitzerGirl.

This would be a cute gift for a kid or tween, or maybe the right high school or college student. I bet even some boys would like this project. (My brother used to wear a stuffed animal on his belt in high school… it was supposed to be ironic, I think!) You can always adjust the stuffed animal to something that’s more appropriate to your giftee’s interests, too, like something super heroey, for instance. Don’t forget that headphones are useful for more than just music-listening too! Anyone with a portable gaming device can also use headphones.