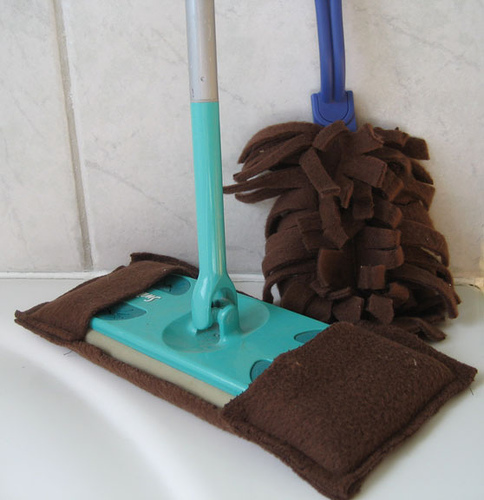 In the spirit of spring cleaning, I offer Merwing-Little Dear’s super-easy tutorial for making your own Swiffer duster covers! When you’re done using them, toss ’em into the laundry! Now you have no excuse for not mopping and dusting! Evil, I know!

You can make them out of fleece blankets from the dollar store, or better yet, microfiber dusting cloths (yes, they sell those at the DS too!). There aren’t any instructions for making the Swiffer mop cover, but it looks pretty simple, doesn’t it? 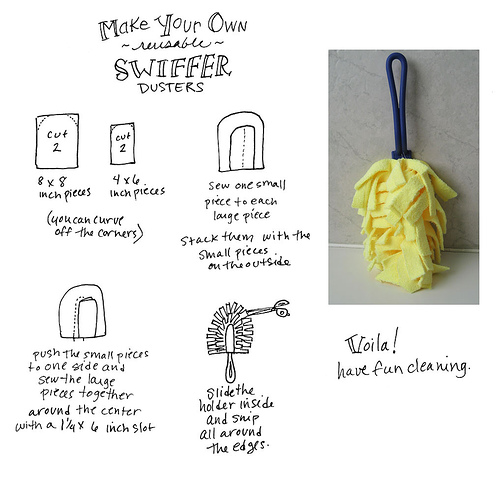