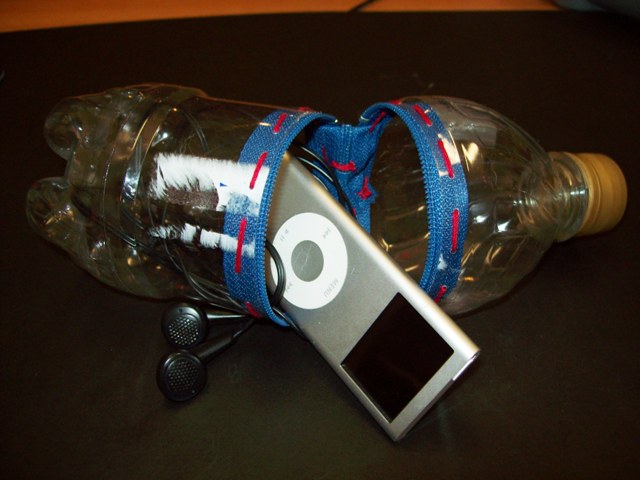 Dollar Store Crafts reader Michelle was inspired by the Recycled Soda Bottle Coin Purse project to make her own. Then she took it one step further to make an entire soda bottle into a nifty holder for her iPod! Of course, you could use the bottle to hold many things. How handy would a holder like this be to toss into your diaper bag (straight into a bottle pocket!) or oversized purse? This would be a fantastic Earth Day craft for your scout troop, classroom, or other group.

Michelle’s tips for making this project:

My only advice is when cutting the bottle, to make sure to leave enough “flat lip” to sew into easily. Also, I found that using a tiny craft punch on the plastic first, made it a whiz to sew together…like those sewing cards we learned on with shoelaces as kids. LOL.

And here’s the photo of Michelle’s super-adorable coin purse! 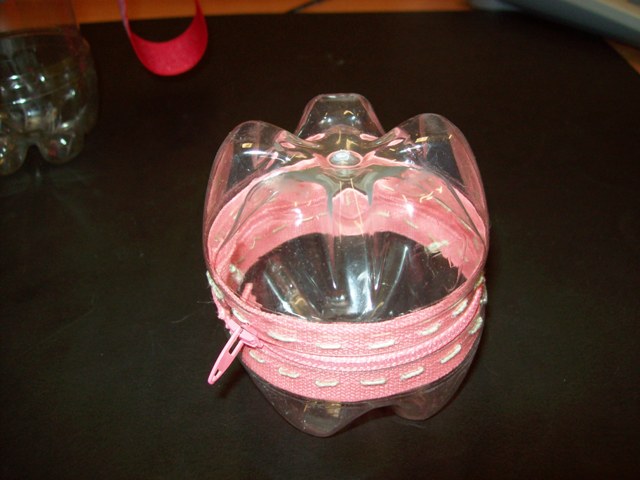