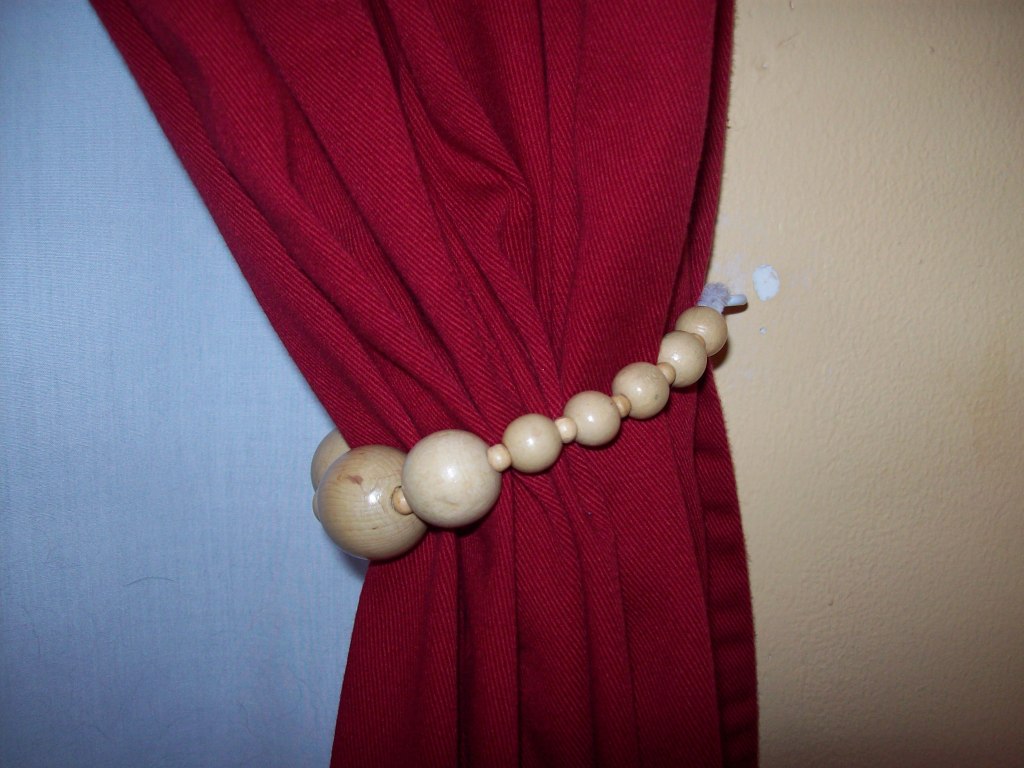 One of my loyal readers SongBirdTiff had a great idea awhile back to make curtain tiebacks out the beads from a necklace.  She used pipecleaners to string the beads on, and in about two minutes, her curtains were tied back in style. [check the original post – it has lots of other good decorating ideas on the cheap]

If dollar store décor isn’t your thing, check out custom window coverings shades to brighten up your windows.*

This is a great project on which to use your imagination! Take a good look at your inspiration rooms/objects, and see if you can approximate them by using what you already have.

A lot of times when I look at my house, I think I have to go out and buy something new to improve the look. Tiff makes a great point in her post when she says:

I recently considered purchasing new curtains for my living room, because I didn’t like the country look of my current curtains with the flap on top and buttons. They didn’t look right pulled back because of that top and I really want them tied back this summer.

So, while I was already working on the curtain tie backs (and since the curtains were BADLY in need of a good washing) I took them down, removed the buttons, and cut off that top flap. Now they look just like the ones I thought about buying from Target. I saved myself about $20 by altering what I already have.

It’s definitely good to remember the power of using what you already have (and perhaps altering it to fit more closely to your vision), and also CLEANING stuff! It makes such a huge difference! (Note to self…)

*This is an affiliate link.