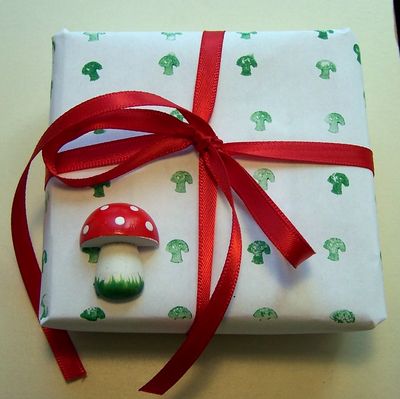 I love DIY stamps! Here’s another great idea for carving your own TEENY stamp: use a little eraser on the end of a pencil! This mushroom stamp (and idea) came from Yarni Gras. Thanks to Kristi, who gave me the tip for this project. [project instructions here]

You can pick up pencils at the dollar store if you don’t have any in your pencil jar. You probably want a relatively unused eraser for this project. I also LOVE the idea of stamping on ribbon, so go ahead and pick up a pretty color of ribbon at the dollar store to stamp on.