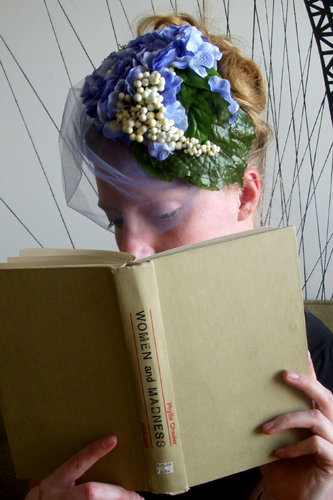 Apparently we haven’t been ambitious enough with our dollar store crafts because this beautiful bit of millinery was made completely with stuff from the dollar store, and the base of the hat is something you would NEVER imagine. Craftster user volcano created this retro-style floral hat out of several garlands from the floral section, and used a trash can lid as the base! [click here for the original project]

Of course this hat isn’t for everyone, but I have seen hats (or fascinators) in similar styles all over the cool kids’ blogs. I really wanted to post this to remind you that you can do ambitious projects with inexpensive supplies.