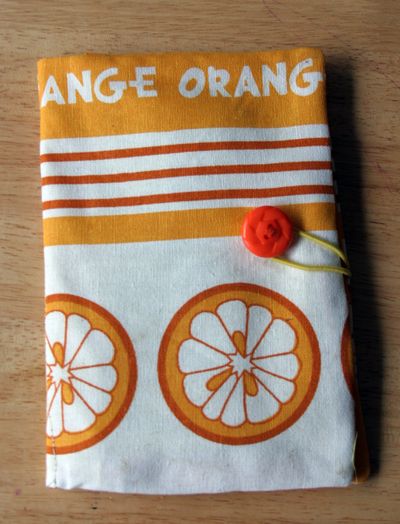 I made this passport organizer a couple months ago for a craftster swap. I made it out of a dollar store dish towel (possibly the cutest DS dishtowel I have ever seen) and some spare plain yellow fabric I had in my stash. It has pockets for a passport, important credit card-sized cards, a zip pocket for change and other loose stuff, and a sleeve for keeping money or boarding passes for planes. 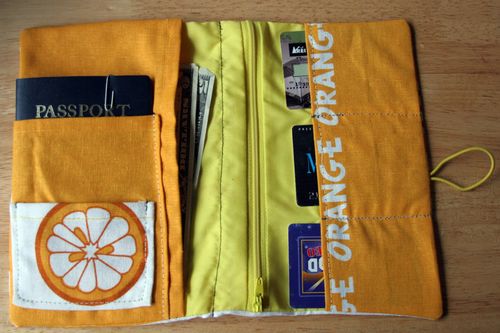 I didn’t take step-by-step photos of how I made it, but I wrote down the steps for constructing it and drew out rough pattern pieces in my sketchbook before I made it. I also don’t have specific measurements for these pieces at this time. 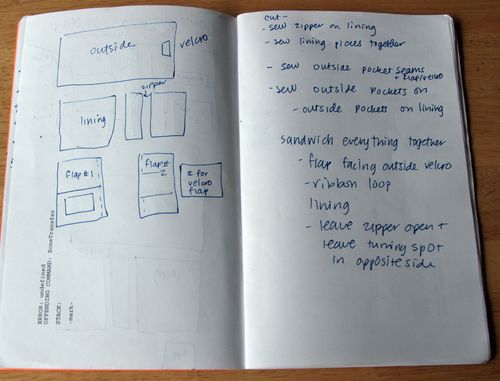 I used 8.5 x 11 sheets of paper to draw and cut out the pattern pieces for each piece.

Sandwich everything together, right sides facing:

Sew around the outside of the sandwich layers, taking special care to reinforce elastic loop.

Sew a line down center of organizer (next to zipper) if desired.