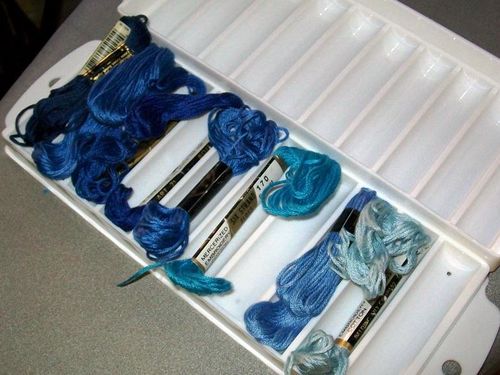 Reader Bonnie B. sent this tip for storing embroidery floss:

I had to share this find with you.  My 99 cent store has the snap together ice trays that make cylindrical ice cubes about 4 inches long; 8 or so to a tray.The bottom tray has tiny holes on the bottom that are perfect for threading embroidery thread. 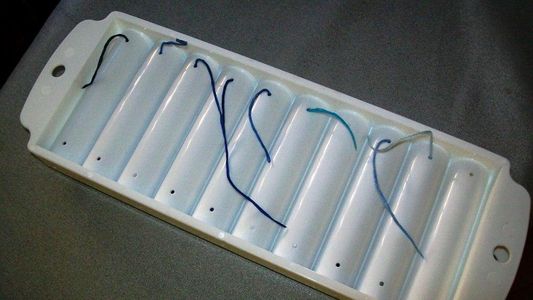 I’ve bought several trays and store embroidery thread inside each ice “trough” and put the end of the hank through the tiny hole.  I mark the outside of the tray with the number/color of the thread.  It’s an easy way to store thread and see what I need while working on a project!

Great tip, Bonnie! Thanks for sharing!