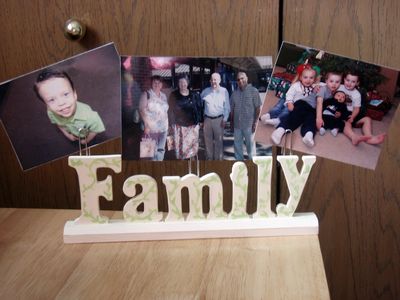 Family Photo Holder by Outside the Box: $1

The dollar store carries these small word cut-outs, and Theo from Outside the Box modified one to make it into a photo holder by gluing paperclips to the back of it. Great idea! 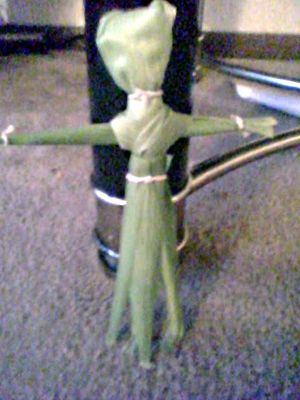 Save your cornhusks when making corn on the cob, and turn them into a cornhusk doll! 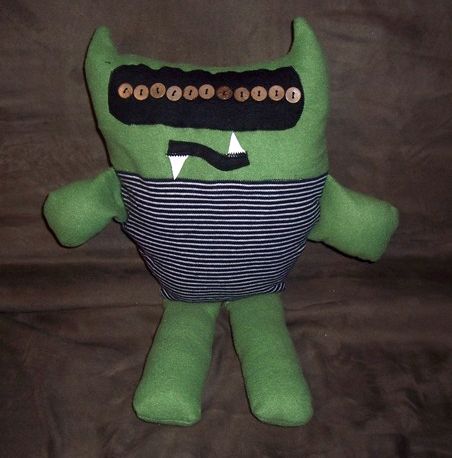 Jamin’s five year-old son wanted to make an eleven-eyed monster because “eleven eyes are better than ten!” and this is what they came up with (using a green fleece blanket from the dollar store) – cute!