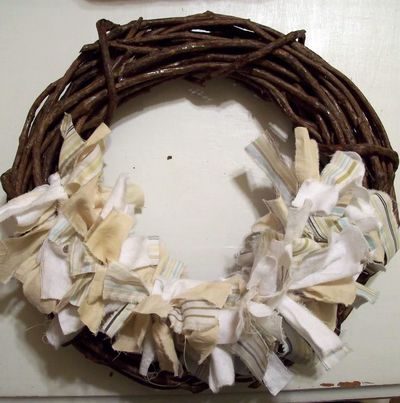 Tiff took an old (and unattractive) holiday wreath and updated it to make a welcoming wreath for her door. 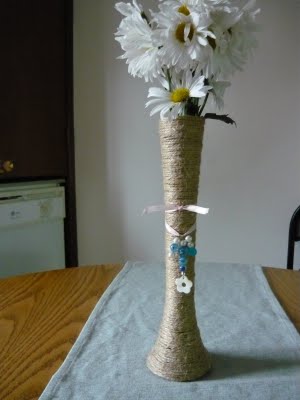 Update a plain (or ugly) vase with some hot glue and wrapped jute twine. 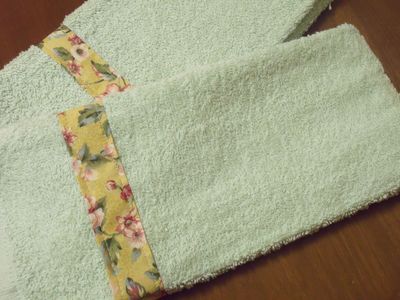 I got an email tip from reader Amy. She made curtains for her kitchen and added scrap fabric from the project to some kitchen towels, to coordinate with the curtains. Here’s her note:

If you make your own kitchen curtains, use a scrap of fabric to make custom kitchen towels!  Cut a strip of fabric twice as wide as the flat part of the towel.  Fold the edges under and sew onto a colorful towel that coordinates with your kitchen colors!  I got my towels at Big Lots- $3 for a set of two, and the fabric was leftover from sewing the curtains, so it was free, or “on hand”.

This would also be a great project in a bathroom- especially if you have a guest bath or a half bath for guests. 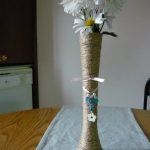 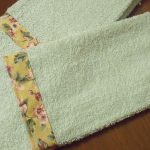 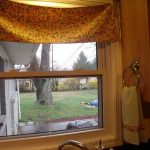 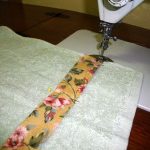