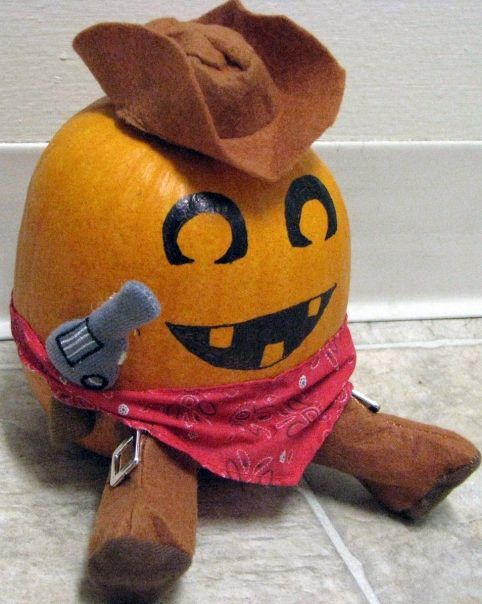 My sister-in-law Melia is super creative, and has had quite a few great dollar store crafting ideas herself. I LOVE this one: use those dollar store build-a-bear costume kits to decorate jack-o’-lanterns! Great simple idea for some super cute eye-catching pumpkins. This is an especially great activity to do with younger kids who aren’t really old enough to carve pumpkins yet, plus it seems like a fun activity to let them go to the dollar store and pick out a costume… for a pumpkin. My dollar store has a huge selection of bear dress-up costumes, year ’round. 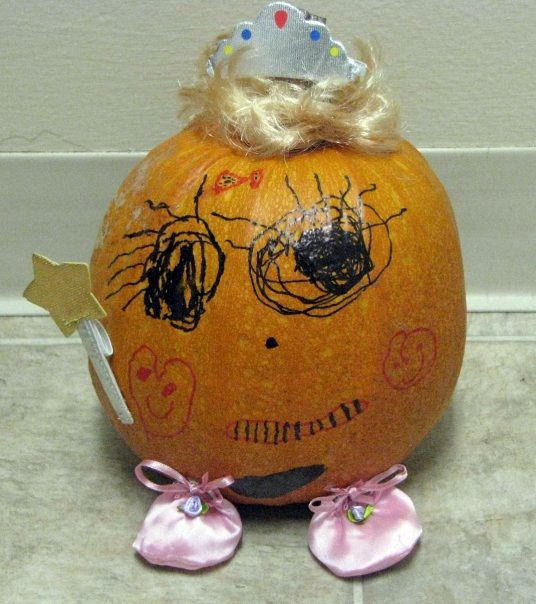 I love my niece’s drawings on this pumpkin! 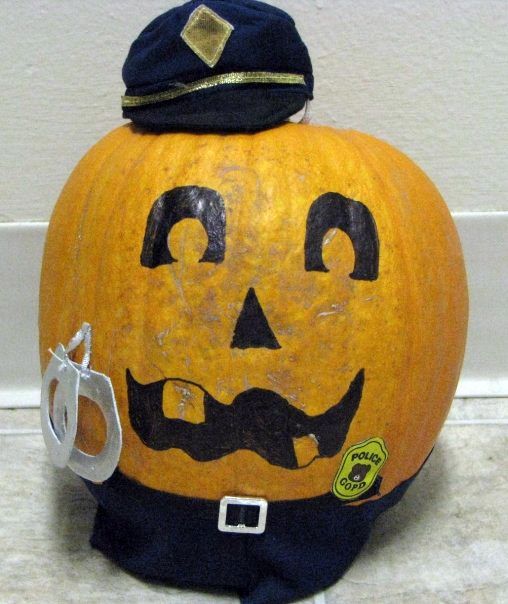 You have the right to remain spooky!

(edited to add) Here are some tips from Melia: 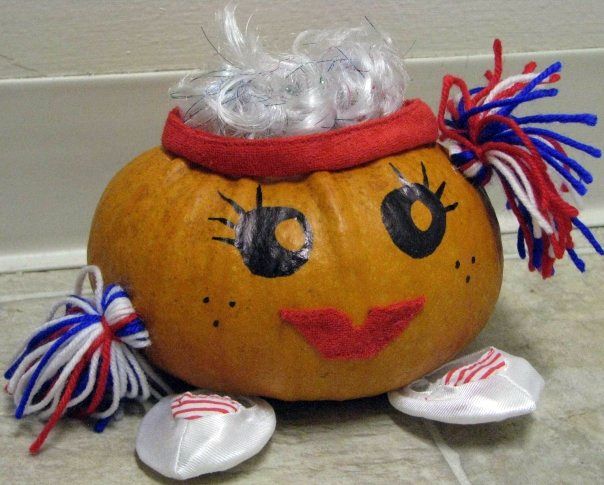 In other family news, I am having a baby today! I’ll let you know more about it in a few days. In the meantime, enjoy the posts I have lined up for you!