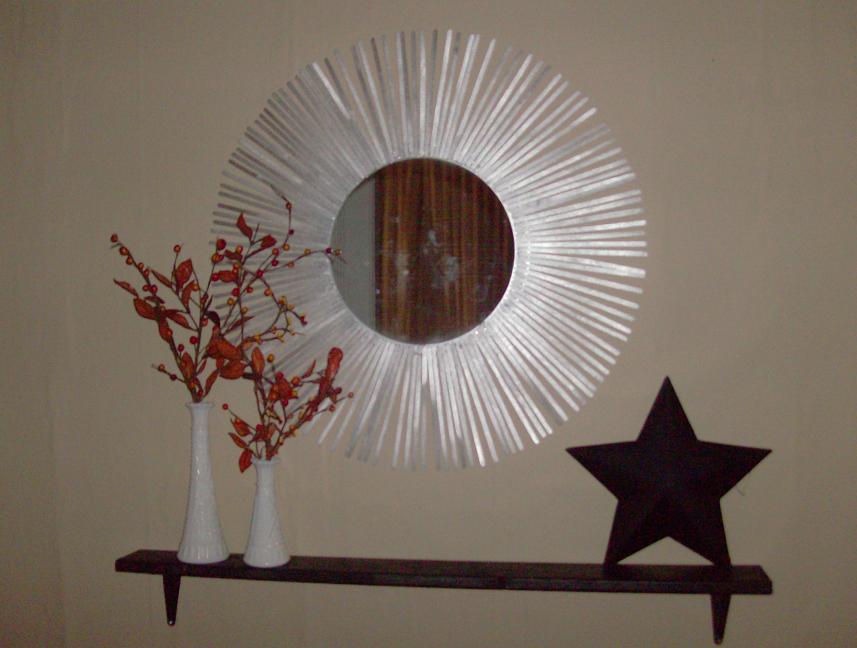 Reader Ashley at Ashley’s Thrifty Living has a lot of nifty money-saving decor ideas. She made this cool silver starburst mirror using coffee stirring sticks (genius!), a plate, and a mirror. She was inspired by this project at CraftyNest. I personally can’t get enough of the starburst mirror crafting ideas, so I thought I would pass this one along to you too, since it uses a completely different construction technique than my tutorial. Check out Ashley’s Thrifty Living for a bunch of cool ideas, plus her [starburst mirror project tutorial].