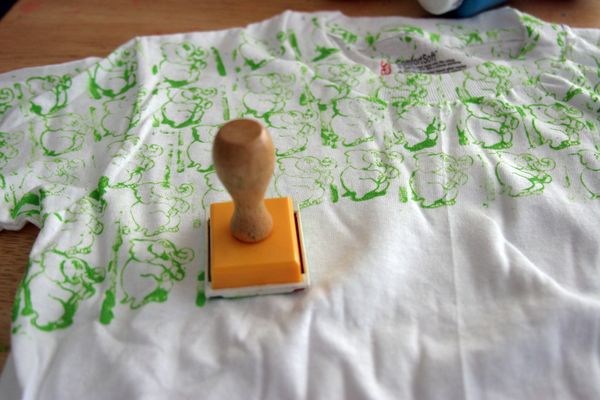 Want to make a custom-painted t-shirt right now, using stuff you probably already have on hand? You don’t need to run to the store to pick up special fabric paint! You can fix acrylic craft paint onto your fabric using something you already have in your kitchen cabinets. Can you guess what it is?

My three year-old son and I had fun decorating t-shirts with this vintage stamp set we have. We even decorated a onesie for his new brother! I like the effect of the imperfect stamping en masse. Pattern is such a great element of design – repetition makes things intentional! This shirt reminds me of some of the surf-inspired t-shirts kids were wearing in the late 80s, early 90s when I was in grade school and junior high. 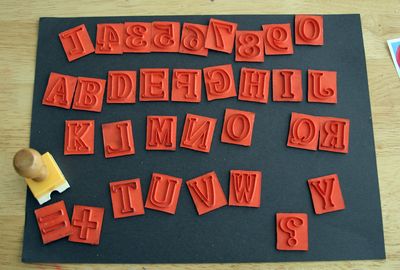 You can use this technique on new clothes, or use it to spruce up stained clothes (disguise the stains under paint!) — great for kids’ clothes that have seen better days! 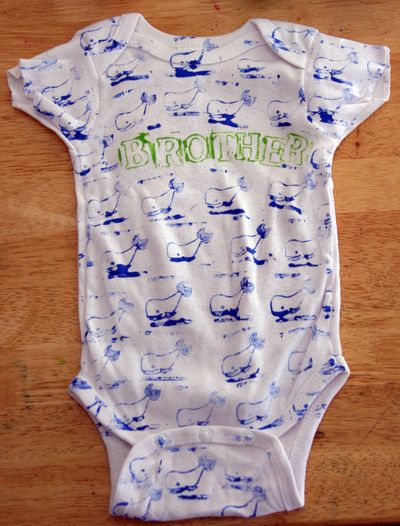 So have you figured out the secret ingredient yet?

A long time ago, on a thread on Craftster about stencil-making, I read a tip about using acrylic paint on fabric. The tip said you can fix acrylic paint by soaking the painted area (after it has dried) with vinegar, and then heat-setting. I have always wondered if it will actually work, so I finally tested the theory on these t-shirts, hoping that the tip was true so I could avoid a CraftFail! 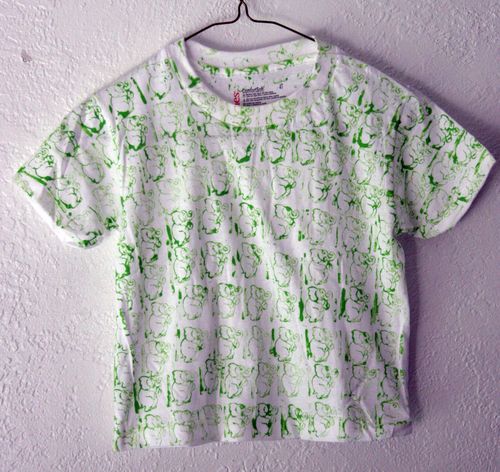 Stamp or otherwise make a print on a t-shirt using acrylic craft paint.

Soak garment in a solution of 50% vinegar/50% water. I used white distilled vinegar to avoid staining the garment.

When garment is saturated, wring out and throw it into the clothes dryer until dry to heat set, or if you prefer to iron, put a thin dishtowel over garment and iron (no steam) until dry. 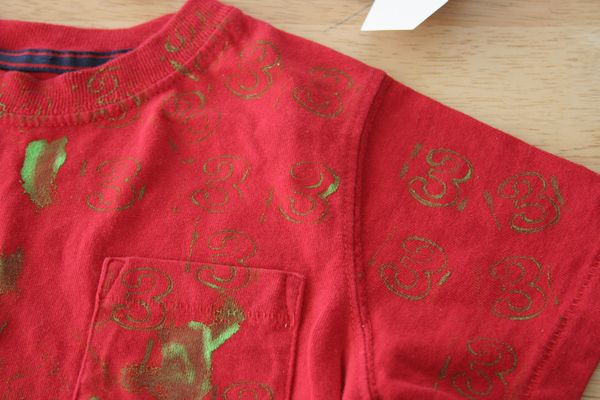 The paint should be fixed on the garment now! This worked best on white shirts for me. It seemed like the print on the red shirt faded a little after I laundered it, but then, it wasn’t very vivid to begin with (so maybe the fading was my imagination?) I’m not Consumer Reports, so I don’t know how to scientifically measure the amount of fading! :) Also, I have only laundered mine twice so far, so I don’t know if they will fade somewhat over time — so far, so good!