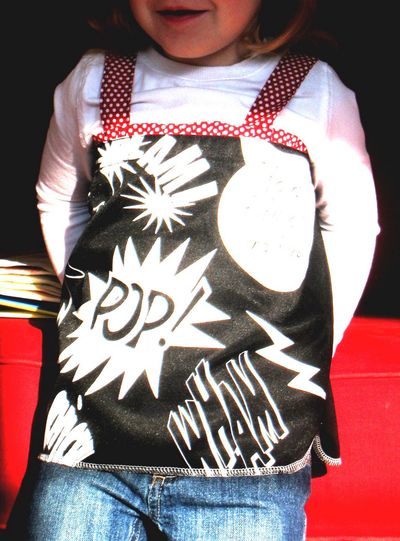 I have eleventy-hundred tote bags around my house. They’re one of my guilty craft pleasures. I like to make them, swap for them, and because I have so many, I try to avoid buying them at the dollar store, even though they have so many cute ones (this is especially true for Target’s dollar spot). Reader Lynnette at Get Your Craft On devised the most adorable use for dollar store tote bags: cute tank tops for her toddler. Once again, I wish I had girls so I could make yet another adorable toddler clothing creation! Well, what’s stopping you? You have girls so go get sewing! [click for full tank top made from tote bag tutorial]