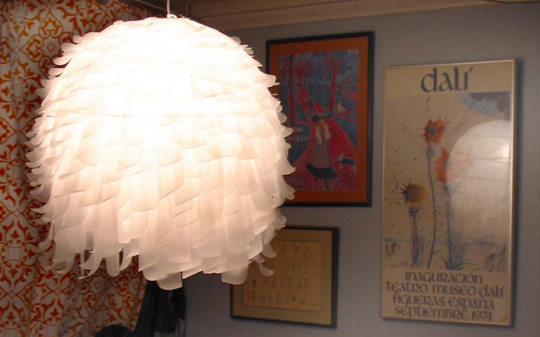 Ashley got some of her materials at IKEA, which is a great resource for cheap decor materials. I have also seen paper lanterns in the dollar aisle at Michael’s craft store, or at Daiso (the Japanese dollar store) for $1.50, although they are probably not as large as the paper lantern shown in the project.