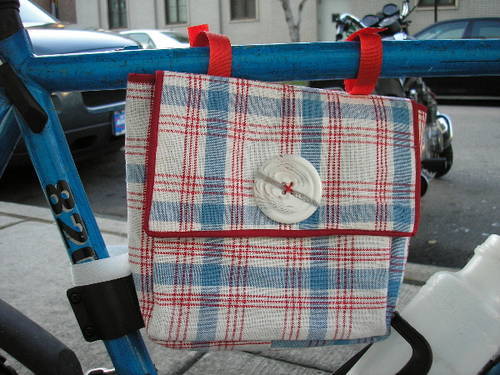 I want to ride my bike more in 2010! I think I’d ride it even more if I made one of these! Craftster user Redux Fashions made this cute bicycle frame lunch bag tote using stuff (placemats, our favorite!) purchased at the dollar store. Love it – it’s super stylin’! The pattern can be found online at Evil Mad Scientist. [bicycle lunch bag pattern] [dollar store version of bicycle lunch bag]