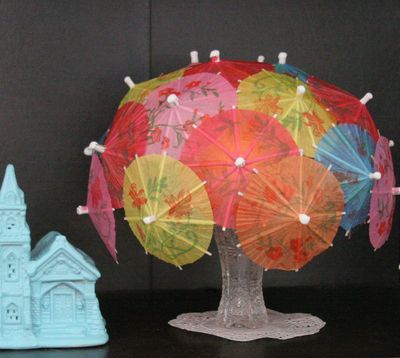 I have always been in love with cocktail umbrellas (haven’t you?), and I recently found some at the dollar store! I snatched up a couple packages and decided it was time to make another dollar store lamp. This turned out so cute! It looks great even when it’s not lit up. I would love to try making a pendant lamp version as well, but I need to find a cheap pendant lamp kit first (I know they have them at IKEA, but I don’t get over there as much as I get to the dollar store!) I posted my tutorial for making the lamp over at Ohdeedoh. [how to make a cocktail umbrella lamp]