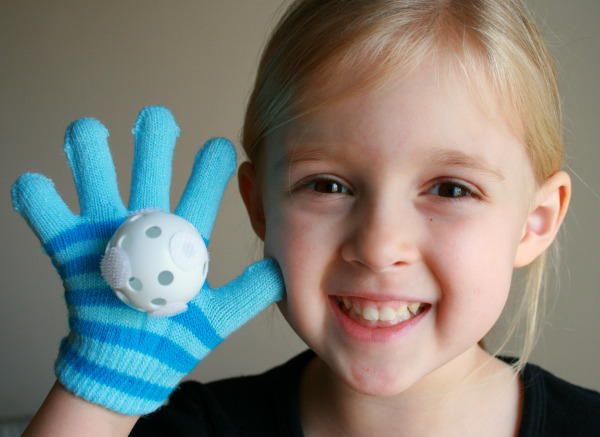 I so love this simple and brilliant idea by my friend Marie at the Craftzine blog. Since it’s still cold outside, your dollar store (and every other store on the planet, pretty much) will probably have these magic stretch gloves, so pick up a few pairs to make a fun Velcro catch game. Kids of all ages will enjoy this game, and it looks like it would be a great way to expend some energy when it’s too icky to go outside. Marie just came up with another twist on the game, too, using a hat to catch the ball with. [click here for Velcro Catch Ball how-to]

If you can’t find the round self-stick Velcro at the dollar store, try cutting your own circles and gluing them on. You can also use diaper tabs from disposable diapers in place of Velcro.