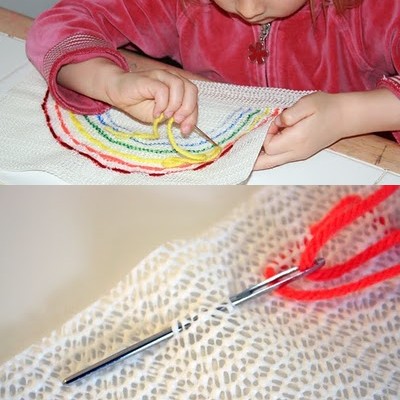 Once again, Filth Wizardry shares her genius ideas with us: this time, she made a completely amazing kid-friendly embroidery kit using a surprising dollar store ingredient. Her four and five year-old daughters did a great job with this embroidery project, which a little more advanced than a lacing set, but not quite as grown up as traditional embroidery. This looks like it would be a great activity for a scout troop, or a slumber or birthday party. [click here for how to make this kids’ embroidery kit]