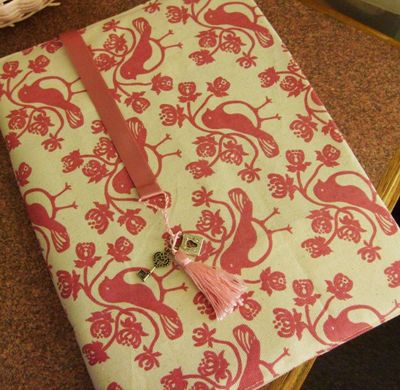 Jenny of ELEFANTZ issued a tea towel challenge to her readers. One of her tea towel projects is a simple but pretty diary cover! I love how this turned out – what a pretty print, and the bookmark with charms on it takes it to the next level (from basic to beautiful). Here at Dollar Store Crafts, we’re all about the tea towel crafts. What have you made from a tea towel? [tea towel diary cover instructions]