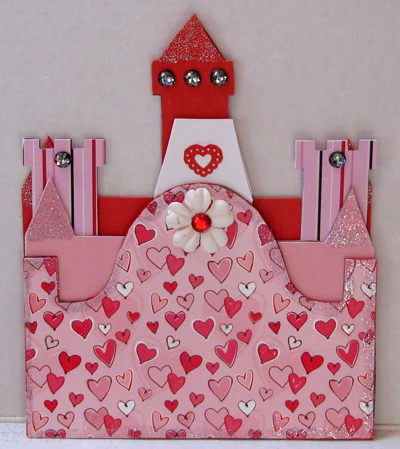 Reader Sophia from Frugal Ideas from the Parsonage made these adorable castle-shaped photo albums out of recycled cereal boxes. She was inspired by a castle chipboard photo album she found online, and decided to use what she had on hand to make her own version (yay, ingenuity and frugality!). I love that she made a boy and a girl version of the album, both of which are totally cute in their own way. These are going to be party gifts for her kiddos for Valentines’ Day.  She used a few dollar store embellishments to give the castles some texture and interest. These would be good gifts for Mother’s or Father’s Day, too. [check out the recycled cereal box photo album projects here and here] 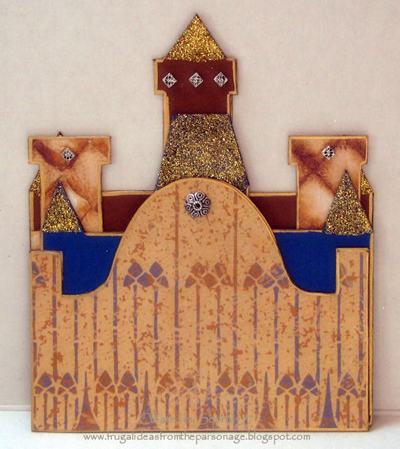 You will want to bind it in some way. An easy binding method would be to use binder rings like in this project, or there are a ton of other binding methods around. I found a recommendation for the book Expressive Handmade Books

by Alisa Golden on Billie’s Craft Room (here’s her review of the book).