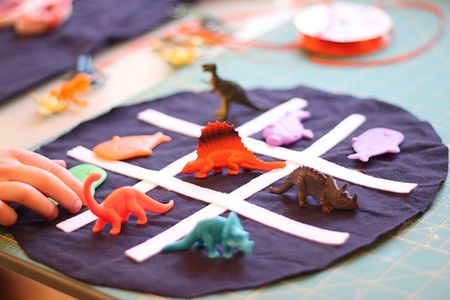 Nikki at Salty Pineapple made this to-go version of tic-tac-toe. You can use plastic figurines found at the dollar store (Cowboys vs. Indians? Army men vs. Dinosaurs?) and take this game with you for instant fun on the go. Click here for The Salty Pineapple’s Tutorial. 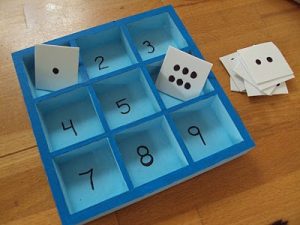 Reader Ann at Two Red Heads and a Boy-le made this cool counting game out of a dollar store shadow box. So cool! Get the details here. 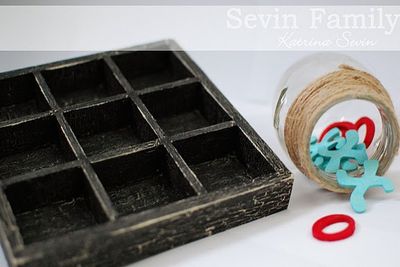 The same shadow box becomes a Tic-Tac-Toe game, by Katrina at Sevin Family. 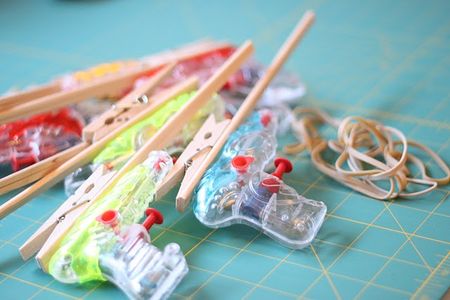 Nikki at Salty Pineapple made these fun rubber band guns for a game at her son’s birthday party. Details here. 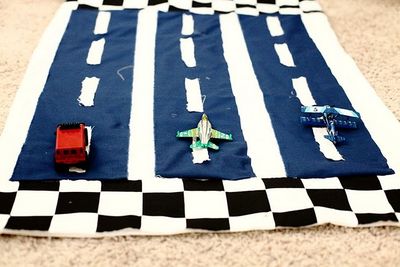 Noelle from Reynolds R Us made this cute little play runway for her son (all with just her glue gun! no sewing!). I think it would be fun to make one out of a dollar store placemat and scrap fabric. Get the info here.