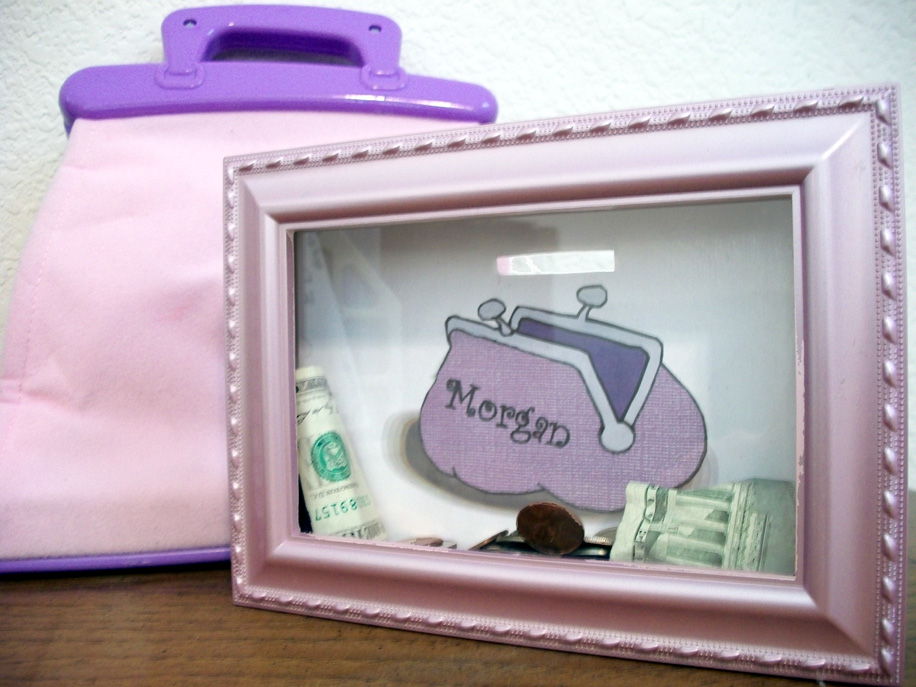 Ashley at Cute As a Fox made this great bank for her daughter out of a keepsake box frame she got at the dollar store! The fact that she found this super cool keepsake box frame at her Dollar Tree really makes me want to break my stashbusting pledge and go to the dollar store to get one, but I’ll wait and hope they have them in May! Ashley also provides the coin purse graphic shown in the photo, so go over to Cute as a Fox and [get the details on how to make a shadow box bank] [inspired by]