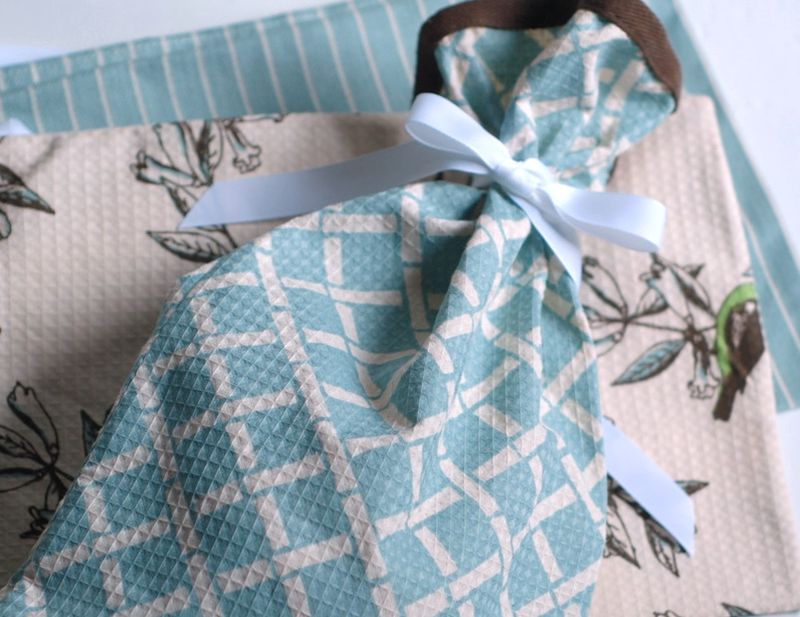 Emily at Saltwater Kids makes artisan bread (in 5 minutes a day!) and she also makes super-adorable reusable bread bags out of a dishtowel and ribbon (also in just 5 minutes). She wants you to make the bread and the bread bags, too, so she wrote a pretty tutorial and generously shared it on her blog. You know what’s funny? This is the second time today I’ve heard about the book Artisan Bread in Five Minutes a Day

, both with glowing reviews. Mmmm, homemade bread. That sounds really good right now. [click here for instructions on how to make a reusable bread bag]