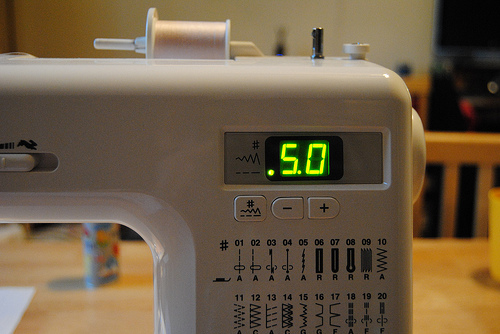 Set your sewing machine on a normal straight stitch and make the length as long as your machine allows. Mine and I think most machines go to 5. 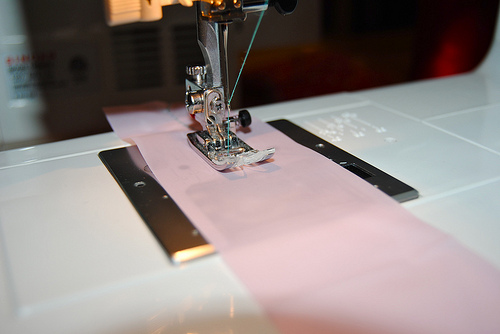 With your long strips of tablecloth start basting down the centers. Do not back stitch at the beginning or the end so you can gather it in the next step. 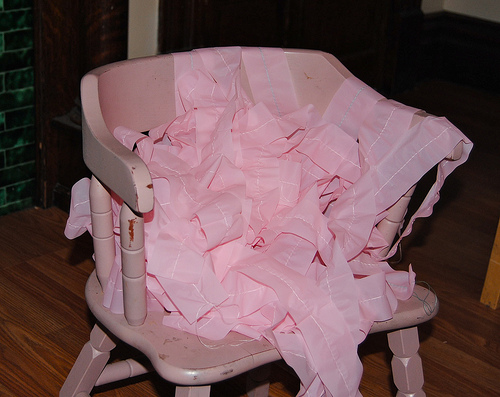 You will have a huge pile of strips ready to ruffle. 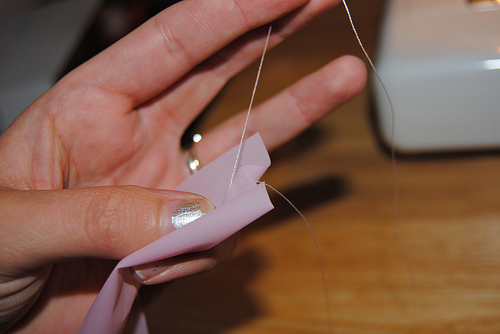 Holding only one of the strings on an end start to gather your tablecloth. 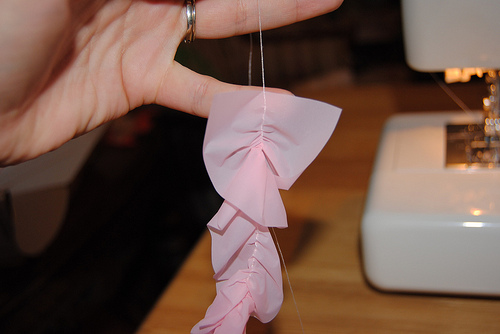 Being plastic it wasn’t hard at all. 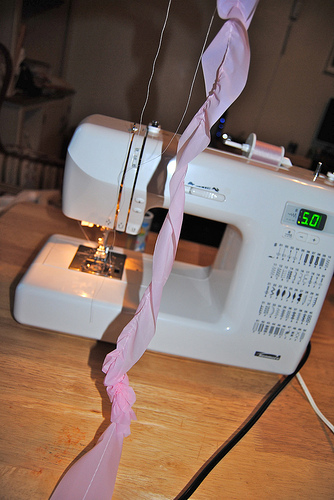 Continue sliding it down the thread. I kept pushing from only the one side but if it’s to long and you are afraid of breaking the thread gather from both ends of the strip. 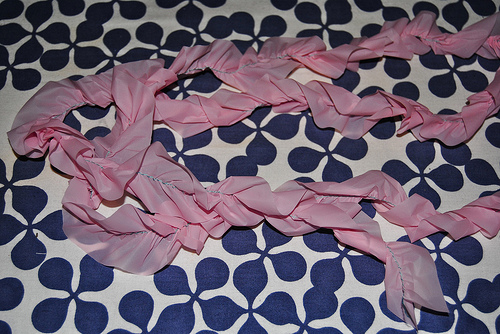 Here it is all gathered up. That’s only one of the strands….now do all the others! I didn’t worry about making them into pretty ruffles until I got my bazillion strips gathered. 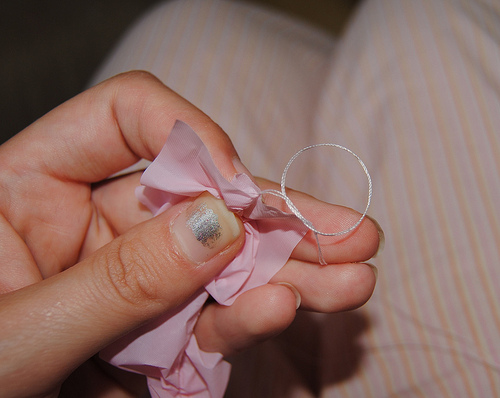 When they are all gathered tie the thread at the ends so it won’t come undone or you’ll have to gather all over again. 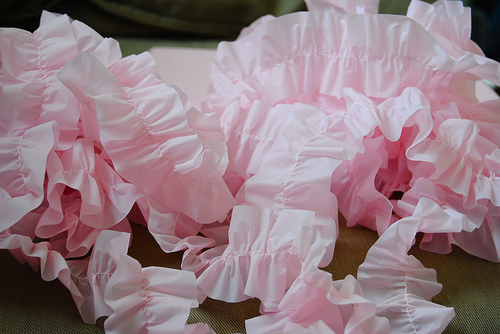 At this point you are almost ready to put them on the umbrella so you will want to make them into pretty ruffles. Just slide it on the thread to even it out and you’ll see your ruffles starting to form. Once you have all your strips nice and ruffled you are ready to put them on your umbrella.