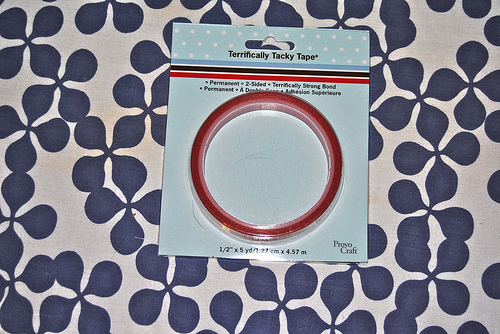 Get some double stick tape. This is what I used. It is great for this project. My ruffles stayed on the umbrella even after getting wet. Super strong hold. 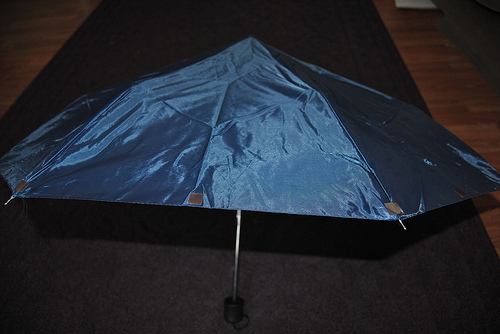 Cut small pieces of your tape and put it right onto the umbrella around the bottom edge. I did one in the middle of each side and one on each corner. 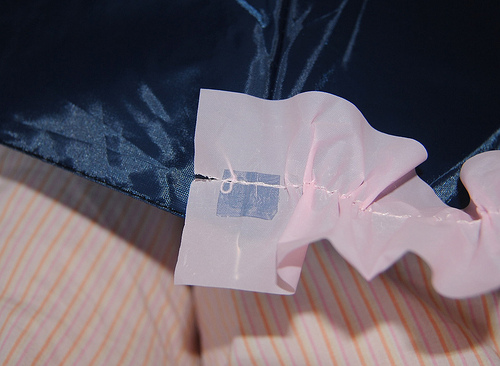 Grab one of your tablecloth strips and starting on a corner stick it on there right where your thread is so some of the ruffle hangs over the edge of the umbrella. 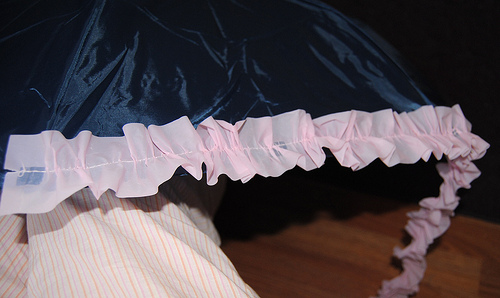 Keep going the whole way around the bottom of the umbrella making sure your ruffle doesn’t get twisted. 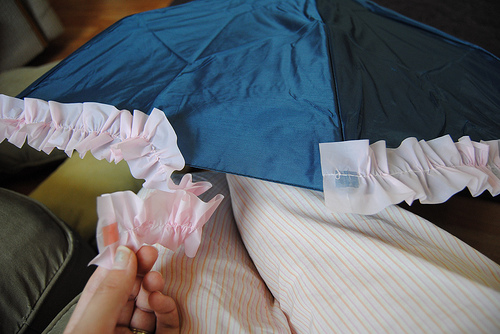 When you make it to the starting point put a piece of your tape right onto your ruffle. If you have extra make sure you cut the strip right where you put the tape so your ruffle won’t unravel. 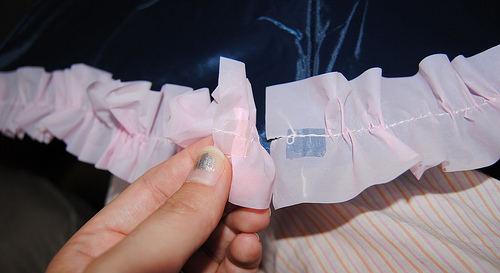 Attach the end of the ruffle slightly over lapping the starting point. 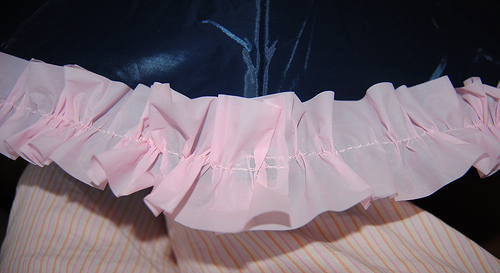 There is your first row. 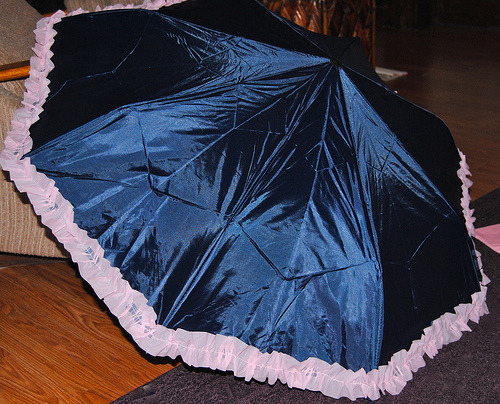 I really wanted to stop at this point. You could, but keep going. It’s worth it in the end. 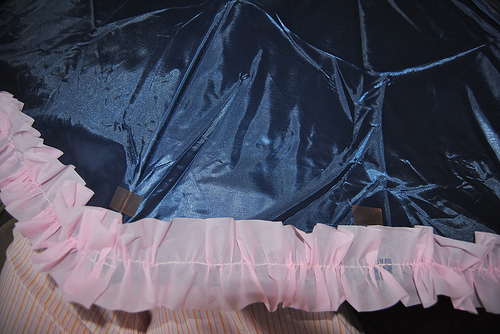 Now for the second layer and all the layers after. Put the double stick tape right above your first row of ruffles. Again, one in the middle of each side and one at each corner. 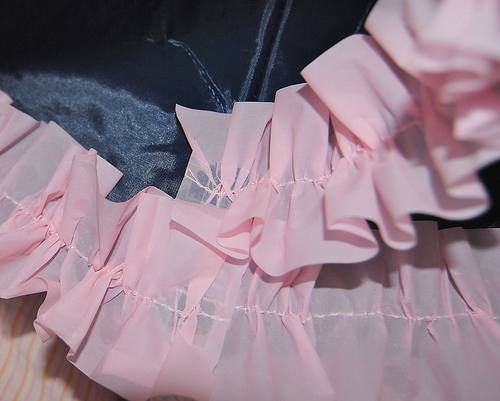 Stick your next ruffle layer on with the thread right over the tape. It will leave you with the two layers just a little overlapped. This will make it so you won’t see the umbrella peaking through. 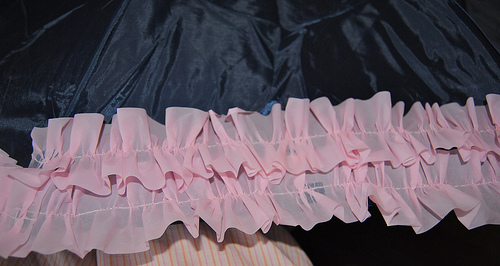 Keep sticking your ruffle on the tape around the umbrella. Do this for the whole umbrella.