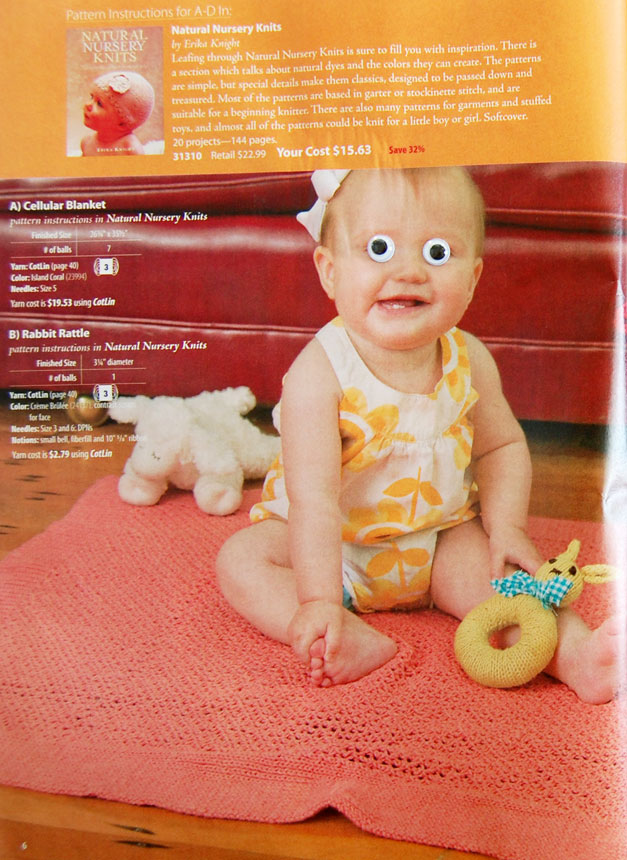 Lauren Venell posted this silly project on her blog the other day, and it made me laugh out loud. I thought you might enjoy it, too: adding googly eyes to photos, ads, or whatever. Her conclusion is that googly eyes “are somewhat amusing/disturbing in any size.” I would agree, but I think they’re more funny than disturbing (okay, the baby photo I chose is a little disturbing!). Your kids will probably love this as a summer afternoon activity, so pick up a package of googly eyes at the dollar store next time you’re there, and pull out extra family snapshots or old magazines and get gluing. [see Lauren’s gallery of hilarious crazy eyes]